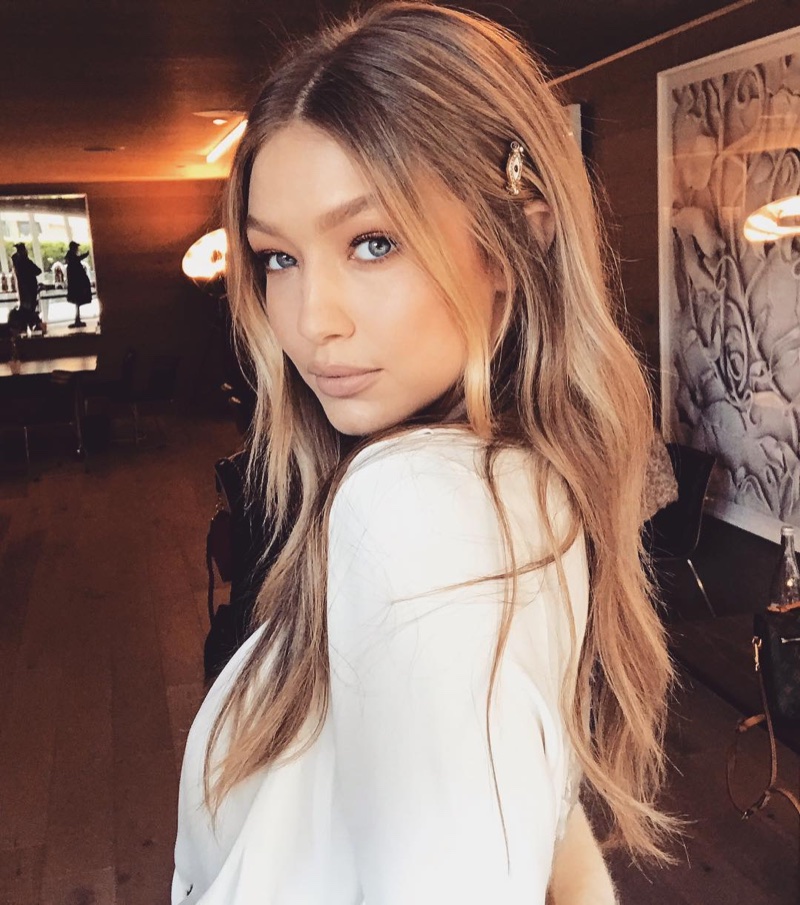 Gigi Hadid is an American model. She rose to fame in the fashion world by being one of the industry’s top social media stars, boasting of over 30 million followers. Gigi has appeared in campaigns for Guess, Versace, Tom Ford, Tommy Hilfiger and Maybelline. She graced the cover of American Vogue, Harper’s Bazaar US, W Magazine, Allure Magazine, Glamour and more publications. Gigi currently dates singer Zayn Malik and in 2016, launched a clothing collaboration with Tommy Hilfiger. That same year, she signed on as a Reebok ambassador.

Since 2015, the model appeared in campaigns for footwear brand Stuart Weitzman. The blonde collaborated with Weitzman on special edition shoes, with proceeds going to non-profit organization Pencils of Promise. In 2017, Maybelline announced a makeup collaboration with Gigi featuring lipstick, blush, eyeshadow palettes and more cosmetics. The blonde appeared as the face of Valentino’s spring-summer 2018 campaign photographed by Inez & Vinoodh in January.

Modeling runs in the family with her mother Yolanda working as a model in the 1980’s. Gigi’s younger brother and sister Anwar Hadid and Bella Hadid are also models as well.